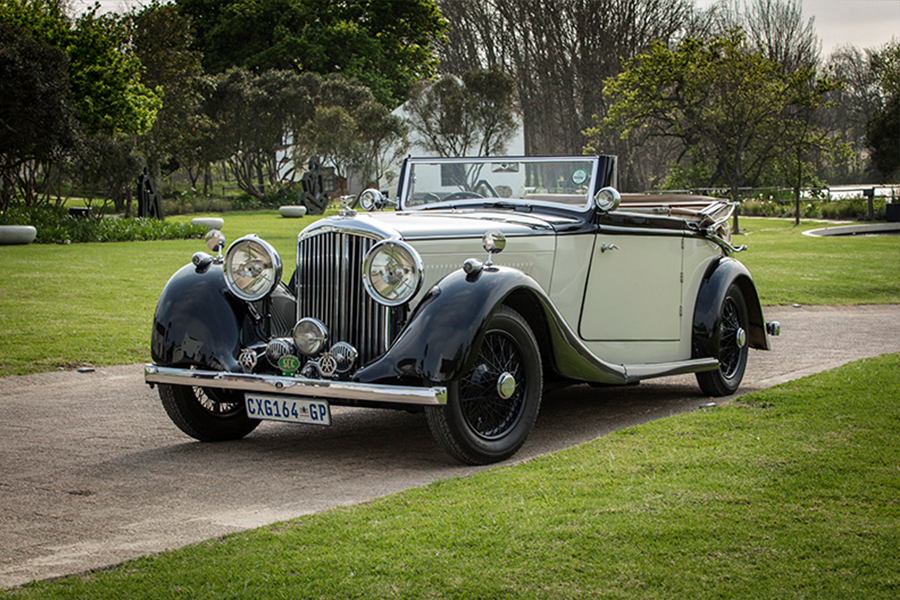 This rare example of a Park Ward bodied Bentley has undergone a full restoration to its original glory and now feels like the nimble racer Bentley intended it to be. 1234 units of this model were produced between 1936 and 1939. Only few of them are left today, let alone in this condition. The Park Ward bodies were far more superior and expensive than most other coachwork bodies, as instead of using conventional steel, they used an aluminum over ash frame construction, vastly improving the on-road performance.
It featured in the 1983 James Bond movie ’Never Say Never Again’ and has had many famous owners, including Woolf Barnato (a racing driver and former Bentley chairman), Prince Bira of Thailand, racing driver and Olympic sailor, Sir Malcolm Campbell (nine times world land speed record holder), actor Robert Montgomery and Sir Ernest Oppenheimer (Diamond and mining entrepreneur, control of De Beers and founder of Anglo American corporation of South Africa). The Bentley 4 ¼ also has a rich racing history. It raced at Le mans in 1949, 1950 and 1951, becoming the first car to complete the race for three consecutive years. 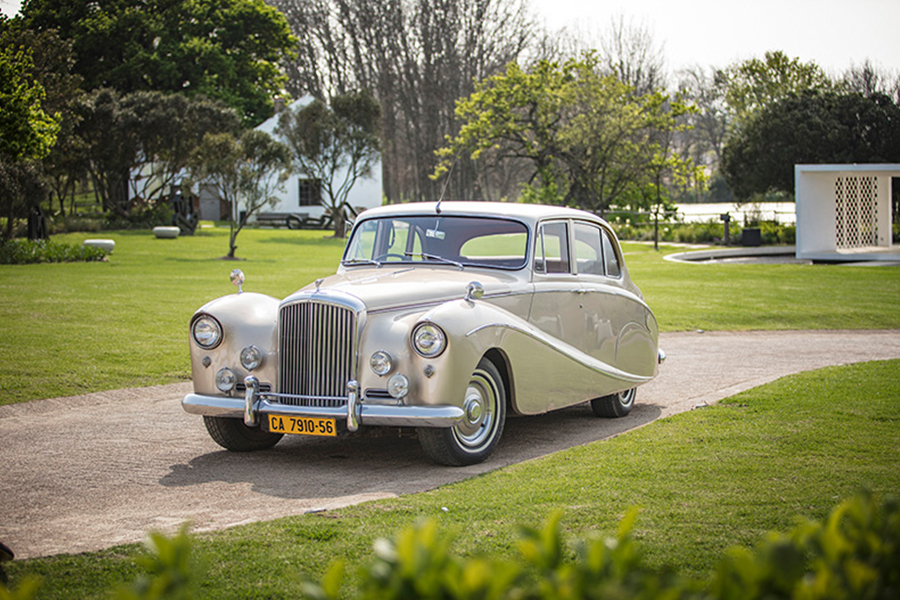 The Bentley S1 is closely related to the Rolls Royce Silver Cloud 1 (also in our collection) and was produced between 1955 and 1959, introducing a completely new look for Bentley. Only 35 units of this model were produced, of which only 12 were coachwork bodied versions, making our Hooper bodied S1 one of the rarest available. Our Bentley S1 has undergone a major restoration, with the gold paint work and the ox blood red interior specially sourced for the owner. The car has retained all of the Hooper trademarks, both internally and externally. A 4.9-litre inline-six engine was employed and featured softer suspension, lighter steering and more sprightly performance than ever seen before, other than the Continental high performance coupe of the same era. 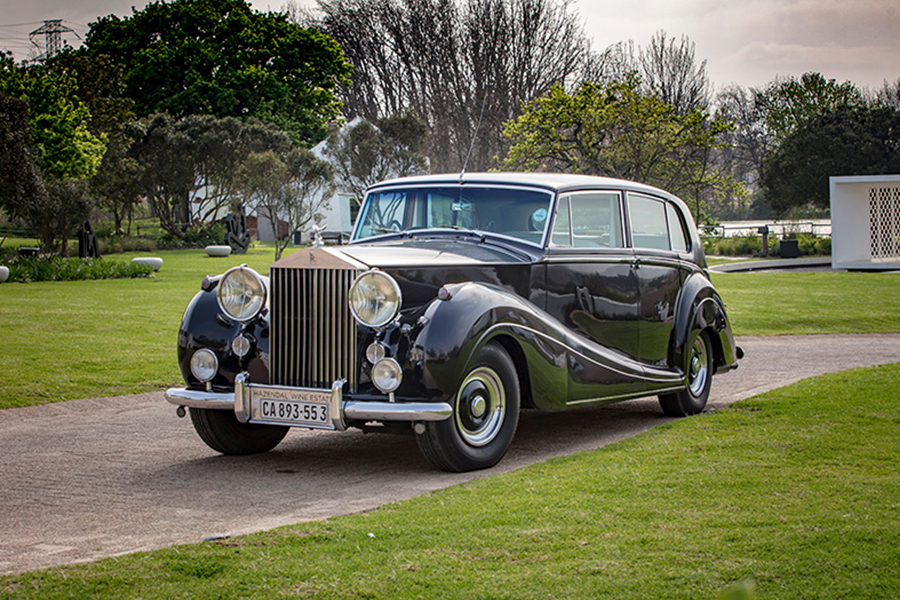 The Rolls Royce Silver Wraith (the Scottish word for ’spirit’ or ’ghost’) was built between 1936 and 1958 and only 639 long-wheel-base examples were produced as the first Rolls Royce model post WW2. It was the successor to the Wraith and is powered by a 4.3-litre inline-six engine. It has been used in many movies, including ’from Russia with love’, ‘Batman’ and ‘Spectre’ of the James Bond series. It was used as the Brazilian, Dutch, Irish and Greek Royal/State/Presidential vehicle, and its successor, the Phantom, was only built for dignitaries that Rolls Royce felt were “worthy of their cars”, such as Queen Elizabeth (who still owns one), Prince Henry (the Duke of Gloucester), Princess Margaret (Countess of Snowdon), the Prince of Saudi Arabia and the Director of Rolls Royce at the time, Ernest Hives. The restoration of our example included a champagne fridge in the rear for passengers as well as a glass divider. 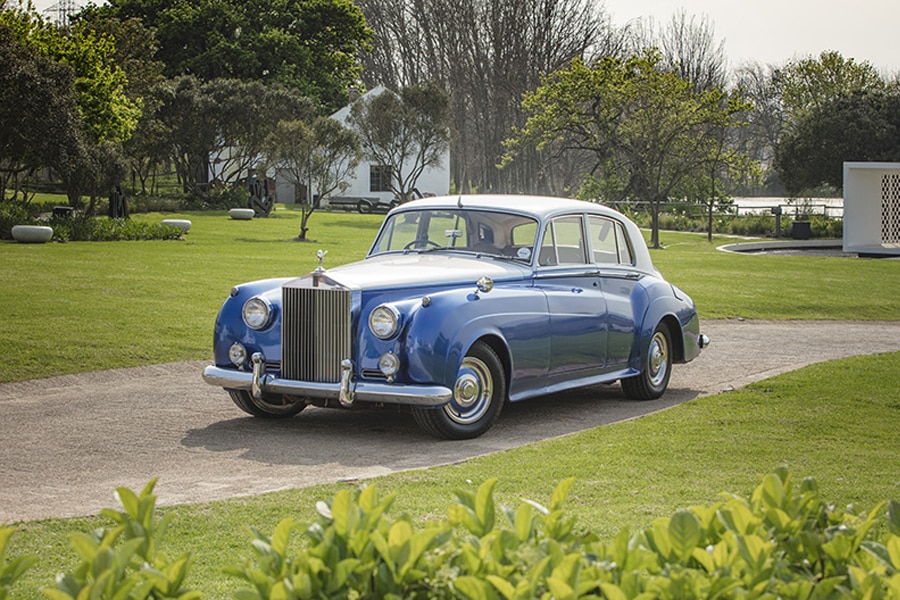 The Silver Cloud I marked an advancement in weight, power and handling for Rolls Royce and is considered the baby brother to the Phantom V. It is powered by a 4.9-litre inline-six engine and was the second model offering an original Rolls Royce combination of body and chassis, as well as the first model having the headlights incorporated into the bodywork along with other ’modern’ improvements, giving it an all new appearance.

Page load link
Due to a private function on Wednesday, 15 December
Pivnushka Beer Garden, the Wine Lounge and the
Russian Tea Ceremony will not be open.

Powered by Convert Plus

Powered by Convert Plus
Due to a private function on Saturday, 18 December
Pivnushka Beer Garden, the Wine Lounge and the Russian Tea Ceremony will not be open.

The Babushka Deli will trade until 15:00 and Wonderdal will be open until 16:00. Hazendal
Golf will trade as per usual.

Powered by Convert Plus

Send this to a friend
Go to Top